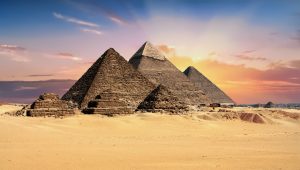 Its distinguished history and ancient treasures are what make Egypt popular. Still, Egypt has much more to offer than what meets the eye. From the golden-sand beaches and extraordinary waters to its exceptional architecture, Egypt certainly has to be among the countries worth consideration in a bucket list. The following reasons will highlight why Egypt should be the next destination for you.

It’s Among the World’s Oldest Civilisations

One of the most ancient and interesting civilisations is from Egypt. The attention of top archaeologists, as well as that of the world, continues to be grabbed by the Great Pyramids of Giza. These pyramids are the only left ancient wonder. This also applies to ancient statues and tombs. The Egyptian civilisation remains haven’t yet been discovered to date.

Egypt is Home to the World’s Longest River

The Nile River ranks as the longest river in the world. It has a length of around 6695 km. The Nile deposits its waters into the Mediterranean. Several attractions can be toured by visitors on a Nile cruise. Luxor and Aswan are the most notable attractions.

Tourists from different faiths including Islam, Judaism and Christianity usually visit Mount Moses. Also referred to as Jabal Al Tor, this place is regarded as a holy site. The divine commandments were handed over to the Prophet Moses by Allah here. The impressive Sinai Peninsula is where Mount Moses is located. Here, many tourists also have fun while hiking and mountain climbing.

Egypt’s best place to dive has to be the Red Sea. In fact, the Red Sea has to be the best diving place in the world. You can enjoy an exceptional experience as you dive in different locations. You will want to stay in the sea once you come across unique fish and bright corals. Diverse diving opportunities are offered in Egypt. They include walls, wrecks, drifts, shore dives, pinnacles, liveaboards and day boats. A diver couldn’t ask for anything more in this paradise.

It has Surreal Beaches

The beaches in Egypt are out of this world. Golden sand makes up these internationally competitive beaches. They are ideal for honeymooners, friends and family as well as solo travellers. You shouldn’t miss out on anything from the wave beaches to the crystal blue waters to the natural pools and the steady beaches.

There’s Great Weather Throughout the Year

The high season in Egypt never ceases. This is due to the diverse touristic destinations within Eygpt. Diving and taking a dip is perfect during summer. The winter season is the ideal time for you to pay a visit to historic sites. These sites are mostly found in desert areas.

The Best Safaris in Egypt’s Desert

Why not have a new desert adventure in a place where 90% of the land is desert? A safari trip is the best way to see the oasis or the white and black desert. Prepare yourself for some camping while in the desert.

It’s a Haven for the Lovers of Art and Architecture

Some of the best Islamic art and architecture can be found in Cairo. They are regarded as treasures. These designs and art are found in mosques that have been in existence for the past 1200 years including the Mosque-Madrassa of Sultan Hassan, the Mosque of Muhammad Ali and the Mosque of Ibn Tulun. Lovers of history, art and architecture would have the time of their lives in these mosques.

The Tastiness of the Egyptian Cuisine

The food in Egypt is largely influenced by Middle East neighbouring countries. Egyptian food shapes the country’s culture. Need I say how delicious food here is? During times of joy, struggle and need, food is what Egyptians turn to. During occasions, it’s often the highlight.